Why Are So Few Small Manufacturers On The Golf Digest 2012 Hot List?

Why Are So Few Small Manufacturers On The Golf Digest 2012 Hot List?

Though Golf Digest Senior Editor Mike Sachura remarked in the Golf Digest 2012 Hot List podcast that “…plenty of small companies…are on the Hot List this year”, while referencing SeeMore (mSeries Private Reserve) and SCOR (SCOR4161 wedge), we would say this is a bit of a stretch. Only these 2 products from smaller manufacturers were selected out of 98 total clubs on the Hot List (see table at right), which doesn’t quality as “plenty” in our book.

We estimate that 35% of the 286 total clubs submitted for the 2012 Hot List submissions came from smaller manufacturers (see table below), with 2% making the list. While few made the list, it’s great to see this level of participation (and Golf Digest sharing the list of submissions), especially when you consider that for a samller OEM, the cost of providing clubs for evaluation to can be significant. A putter manufacturer could, for example, be giving up a couple thousand dollars in sales by sending 4 heads for evaluation. What can we take from this? Some options:
1. Smaller companies, not able to compete with the R&D spending from large manufacturers, put out inferior products in comparison
2. The Hot List criteria favor large manufacturers
3. Golf Digest selects companies for the Hot List based on their advertising spend in the magazine
4. The Golf Digest judges (on their own and/or with feedback from scientists, retailers and players) either consciously or subconsciously favor larger manufacturers when scoring

I contacted over a dozen smaller manufacturers (both those that have been/are on the Hot List, and those that have never been selected) to get their impressions. Most all that I spoke with agreed that smaller companies get the short end of the shaft, so to speak. This isn’t surprising, however, given that “Demand” is one of the categories. The good news for smaller companies is that Demand contribution to the total score has declined over time, but as Senior Editor and judge Mike Stachura points out in a Golf Digest podcast discussing the 2012 Hot List and scoring, “literally we are arguing…about tenths of a point, it is that close.” The result is, with Demand making up 5% of the total score, this category alone can tip the scale in favor of the larger companies (see our discussion of Hot List criteria).

It’s a shame then that smaller manufacturers creating great clubs won’t get the same level of exposure on the Hot List as the major manufacturers. And these smaller companies aren’t fly-by-night manufacturers, they are well-known companies such as Bettinardi, Fourteen, Miura, Piretti, Scratch, Super Stroke, T.P. Mills…the list goes on. Some might argue to strip Demand out as one of the categories, but given that many players make their purchase decisions based on brand name and reputation more than performance, this score, and really the entire Hot List, provides value to that player. It’s unfortunate, though, that great clubs will get overlooked by most consumers as a result.

You may have read online comments about players’ displeasure with the Hot List and speculation that manufacturer advertising influences who makes the Hot List. I shouldn’t have been surprised, then, to hear the comments from smaller manufacturers with whom I spoke. Here’s a sampling: “It’s the same each year…In my opinion the Hot List is just to satisfy the major advertisers”, “the major manufacturers will win out every time because they have all the marketing dollars to create the “buzz”…”, “obviously [they] have to back the people that are paying for marketing in their magazine…”, and it “definitely makes you wonder if your [advertising] dollars get you anywhere.” These smaller manufacturers talk to each other, and while a number felt that participation isn’t worth it unless you are advertising in the magazine, many who can afford to participate continue to do so in the hope that they will make the Hot List and have their visibility jump considerably.

One manufacturer was bold enough to share with the public (the only one we know of to do so) that for two consecutive years they sent clubs in for Hot List evaluation, only to have them returned without ever having been hit. For those looking for an interesting and honest read from a insider, check out his Hot List experience. As his experience with clubs being returned unhit was from a number of years ago, I was ready to write this off an a isolated incident. That was until I talked to another manufacturer who told us that they participated recently and some of their clubs (of a few sent) were returned in the original plastic wrap, unopened. Maybe Golf Digest had already hit limits in terms of what clubs they were deciding to evaluate, but what are the odds they passed over evaluating a number of clubs sent by a major manufacturer? Discuss amongst yourselves.

How could the process be improved? It would be useful to readers and manufacturers alike for Golf Digest to provide the detailed scoring information. That’s right – don’t think that we as readers of the magazine are the only ones left in the dark. Manufacturers don’t see the Hot List until the same time as the rest of us. And manufacturers don’t receive any additional information beyond the magazine results (gold or silver ratings). They never know their scores by category, or even total score.

But so it is with a Hot List. And it does have its place. What would I like to see? I’d love to see a Performance and Quality List. A review of those clubs that perform the best (turn them over to Iron Byron and show us some TrackMan data), which have the highest level of craftsmanship, and a discussion of which are made of high-quality materials. Too impersonal? Take the clubs and mask all of the brand and model information before evaluation. Provide the specs on the clubs and manufacturing process to the scientists without the brand information first, get their feedback, then hand over the clubs and solicit additional information. As an aside, we do appreciate that some objective data has crept in to the Hot List: Golf Digest is now providing driver-impact audio (thanks for taking our recommendation!).

Any smaller manufacturers that would make your Performance and Quality list? Let us know! 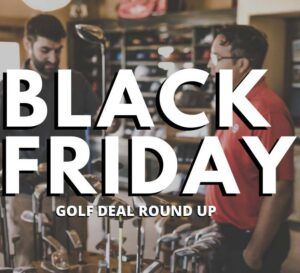